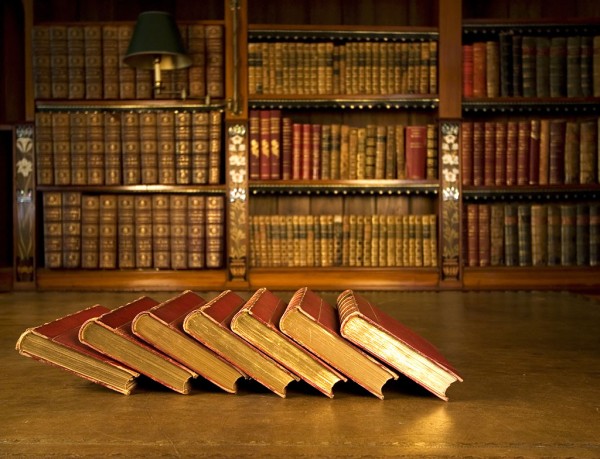 The two major categories of an accepted report are: Saheeh (“sound”) and Hasan (“good”). Each of these is further divided, such that we have four categories:

Each of these has their own detailed definitions.

Definition: a) Linguistically “saheeh” means that which is sound and healthy free from poor health and sickness and deficiency. b) In the sciences of hadeeth it refers to that narration which has a connected chain of narration back to its source, with reliable/trustworthy narrators at every level of the chain of narration, who are precise/accurate in what they narrate, whilst at the same time it does not contradict a report reported by stronger narrators, and without there being any hidden defects.

So for a report to be considered “saheeh” it must meet five conditions:

If any one or more of these conditions (shuroot) is absent then the hadeeth cannot be considered as “saheeh”.

Dabt aś-śadr: That he memorises by heart to such accuracy that he is able to recall whenever he wishes precisely what he heard from his sheikh (i.e. his teacher).

Dabt al-kitāb: This is where a narrator has written down precisely the hadeeth or reports that he had heard [directly] from his sheikh and his sheikhs- and his written words are preserved/protected from mistakes and additions that could have been added. This can be done by verifying his writing with his shaikhs or with other relied upon writings.

2.3 Example of a saheeh hadeeth – showing that the conditions have been met:

So this hadeeth has met all of the necessary conditions for it to be declared as saheeh:

For this reason Imaam Al-Bukhaaree included this narration in his “Saheeh”.

If a hadeeth is declared “ghairu saheehin” then it means that the five conditions or at least some of them have not been fulfilled.

2.4 The responsibility of a Muslim towards a Hadeeth Saheeh:

The ruling of acting upon a Saheeh narration: It is obligatory (waajib) to act upon a narration that is saheeh – and that is the consensus (ijmaa`) of the scholars of Hadeeth and Sunnah, as well as all those who opinion is of worth from the scholars of usool and fiqh. It is a proof in the religion and it is not permitted for a Muslim to leave off acting upon it. It is accepted in both `aqeedah and other rulings by consensus.

2.5 The first of those to compile the Prophet’s Hadeeth:

“Myself and Zuhree came together to seek knowledge. We said: Let us pen down the Sunan, so we wrote that which was narrated from the Prophet (salallaahu `alaihi wassallam).

Then Zuhree said: ‘Let us write down narrations from his Companions for that is Sunnah.’ I said: ‘It is not Sunnah so let us not write that.’ So Zuhree wrote and I did not – and he was successful and I lost out.”

When the noble Khaleefah, `Umar Ibn `Abdul-`Azeez (d.102H, rahimahullaah) feared that knowledge would disappear by the death of those who carried it, he sent Abu Bakr Ibn Muhammad Ibn `Amr Ibn Hazm to gather the hadeeth of Allaah’s Messenger (salallaahu `alaihi wassallam), saying to him:

“Look to what is from the hadeeth of Allaah’s Messenger (salallaahu `alaihi wassallam) and Sunnah and write them down for I fear the loss of knowledge and the passing away of the scholars.”

“Take from Ibn Shihāb for you will not find anyone more knowledgeable of the Sunnah that has passed than him.”

Then after Zuhree, during the second century, there occurred the gathering of the Prophetic Hadeeth under chapter headings by the likes of Ibn Juraij (d.150H), Hushaym, Imaam Maalik (d.179H), Ma`mar (153H), Ibn al-Mubaarak (181H) and others.

2.6 Definitions of authorships and works in hadeeth:

Musnad (pl. Masānīd): A book wherein the author places the ahaadeeth under the names of the Companions who narrate them without giving consideration to the topic that is related to the hadeeth; e.g. “Musnad Imaam Ahmad” – and authenticity and weakness of narrations is not considered in these compilations.

Musannaf (pl. Musannafāt): An authorship wherein the compiler gathers ahaadeeth which are marfoo` (ascribed to the Prophet), mawqoof (ascribed to the Companions) and maqtoo` (ascribed to the taab`een); meaning that it contains the Prophetic ahaadeeth, the sayings of the Companions and the sayings of the Taabi`een and the Salaf. The narrations are ordered under subject headings such as: Purification, Prayer, etc. – and it is not necessary that the narrations are authentic. Examples are the Musannafs of Abu Bakr Ibn Abee Shaybee (235H) and Abdur-Razzaaq As-San`aanee (211H).

Saheeh (pl. Sihāh): A compilation wherein the author intends to gather what is authentic from the ahādeeth and to avoid what is weak and inauthentic. These authors compile their works under subject headings, such as the “Saheehs” of Al-Bukhāree (d. 256H), Muslim (d. 261H) and Ibn Khuzaymah (d. 311H).

Sunan (sing. Sunnah): These are hadeeth books compiled in accordance to subject headings – the authors did not limit themselves to only authentic narrations – rather they would include in their writings weak and inauthentic narrations too, such as the “Sunan” collections of An-Nasā’ee (d. 303H), Ibn Mājah (d. 273H) and Abu Dāwood (d. 275H).

Mu`jam (pl. Ma`ājim): Here the authors gather on the basis of the narrations reported by the Sahābah or their sheikhs wherein an author will bring the narrations reported by each sheikh or each Companion one by one – without looking at the subject matter or authenticity; e.g. the work “Al-Awsat” of At-Tabarānee. He gathered narrations in it under the headings of his sheikhs. In his work “Al-Kabeer” he gathered what was easy for him of narrations under the heading of each Companion and what he narrated.

Mustakhraj (pl. Mustakharajāt): The author takes a book of hadeeth and brings independent chains of narrations for the same ahādeeth from himself that are other than those brought by the author of the original compilation – so he comes together with the original author in his sheikh or someone further up in the chain of narrations. There are benefits in these compilations as mentioned by As-Suyootee in “At-Tadreeb” (p.115-116) such as: he may come across a shorter chain of narration between the original author and the Prophet (salallaahu `alaihi wassallam); or he may come across a narration with added information that the original author did not have in his narration; also additional chains strengthen the authenticity a of a hadeeth. E.g. “Al-Mustakhraj” of Abu Bakr Al-Ismā`īlī on “Saheeh Al-Bukhāree”; “Al-Mustakhraj” of Abu `Awānah Al-Isrāfīyīnee (d. 316H) on “Saheeh Muslim”; “Al-Mustakhraj” of Abu Nu`aym Al-Asbahānee (d. 430H) on both Bukhāree and Muslim.

Mustadrak: A book wherein the author gathers ahādeeth that he holds belong to another book due to those ahādeeth meeting the conditions set by the original author, such as “Al-Mustadrak `Alas-Saheehayn” by Abu Abdullāh Al-Hākim (d. 405H).