Who were the Sabeans (As-Sābi’ah) mentioned in the Qur’ān:

Al-Baqarah 2:62: “Those who believe in Muhammad, and also the Jews, Christians and Sabeans from previous times who believed in Allāh and the Last Day, and they worked righteous deeds, for all of them is reward from their Lord. They shall not fear what is to come once they die, and they shall not grieve over what they have left behind.”

Regarding the Sabeans, Ibn Al-Qayyim stated, “The Sabeans are an ancient people who preceded the Jews and Christians…  They were not Jews, Christians or Magians. They were two factions: The monotheistic Sabeans and the idolatrous Sabeans. So it is the monotheists who were the saved-ones among them. And between the two factions, there were disputes and refutations. They were the people of the Prophet Abraham (peace be upon him) just as the Jews were the people of Moses (peace be upon him). And the monotheists of the Sabeans were Abraham’s followers.” (See Ahkām Ahludh-Dhimmah, 1/98)

A word on the Magians (Al-Majoos)

“Indeed, those who have believed and those who were Jews and the Sabeans and the Christians and the Magians and those who associated partners with Allah in worship, then Allah will judge between them all on the Day of Resurrection. Indeed Allah is, over all things, a witness.” (22:17) 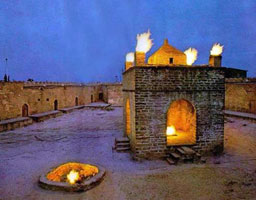 Ibn al-Qayyim makes the point in Ahkām Ahludh-Dhimmah (1/99) that in general, the Sabeans were better than the Magians. The Magians or Zoroastrians (Arabic: Al-Majoos), in terms of religion, are worse than the Jews, Christians and Sabeans – indeed they are the worst of cultures in terms of religion. They have no adherence to any revealed book nor affiliation to a revealed religion. For this reason, when the Persians defeated the Romans (i.e. the Christian Byzantines) at the time of the Prophet (peace and blessings be upon him), the idolators of Makkah rejoiced at the victory of the Persian Magians, because they were similar to them. The Makkans also were not people of any revealed scripture (just like the Persian-Magians), and so they behaved wickedly towards the Muslims of Makkah. Later, when the Romans defeated the Persians, the Muslims rejoiced because the Christians are closer to the Muslims than the Magians due to the fact that the Christians have a revealed book. 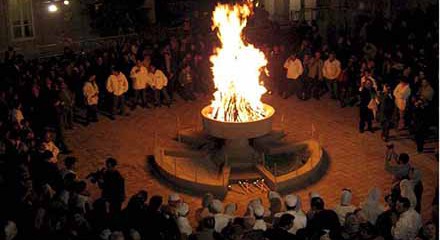 The Magians believe in the concept of dual deities (gods) or supreme forces which oppose each other. Their god, Ahura Mazda, “existed in light and goodness above, while the god of evil, Angra Mainyu, “existed in darkness and ignorance below.” They have existed independently of each other for all time, and make themselves manifest in opposing materials. Zoroastrianism appeared in Iran (Persia) at around the 6th Century BCE, and Zoroastrians (Magians) worship in the presence of some form of fire because they consider it a medium through which spiritual insight and wisdom are attained – and water is treated in much the same way. For this reason, they are often referred to as ‘fire-worshippers” and they were renowned for their building of temples of fire. They have survived until this time and live mostly in India and Iran.

So long as the people from previous times worshipped Allāh alone without falling into polytheistic practices, and they submitted to the Revelation sent to them and they believed in the Last Day, then Allāh counts them as believers and rewards them on that basis. After the sending of the Messenger Muhammad (peace and blessings be upon him), Allāh revealed without ambiguity, “Whoever desires a religion other than Islām, it will never be accepted from him, and in the Hereafter, he will be among the losers.” (Qur’an 3:85)