All praise is due to Allah, Lord of the Worlds. It is He who has commanded with Al-Istiqāmah and upon that He established a tremendous reward. I bear witness that none has the right to be worshipped except Allah, the Mighty, the Bestower of bounties – and I bear witness the Muhammad is His servant and Messenger, so may the praise, salutations, peace and blessings of Allah be upon him, and upon his family and Companions; those who held fast to his Sunnah and remained steadfast upon his Religion. 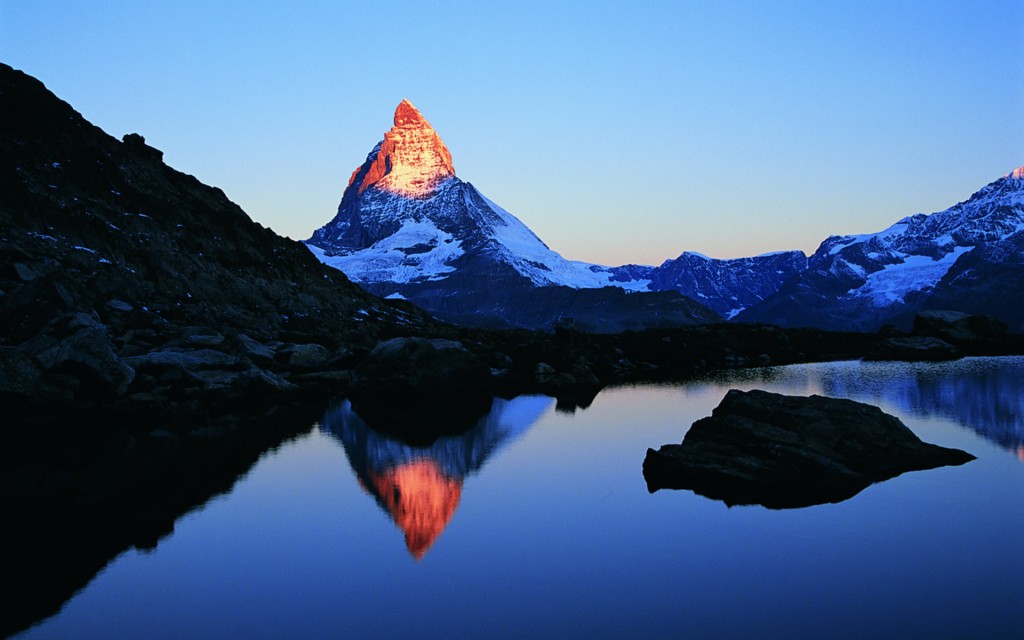 Know that Allah has commanded all of His servants with istiqāmah and He commanded the Messenger (ﷺ) specifically. Allah, the Most High, said:

“Say (O Muhammad): “I am only a human being like you. It is inspired in me that your God is only one God, therefore be steadfast upon the Straight Path to Him, and seek forgiveness of Him. And woe to the idol-worshippers.” [Fussilat: 6]

He said to His Prophet (ﷺ):

“So stand (O Muhammad) firm and straight  as you are commanded – and those with you who turn in repentance unto Allah…” [Hūd: 112]

And He, the Most High, promised the steadfast believers a great reward:

“Verily, those who say: “Our Lord is only Allah,” and thereafter they stood firm and straight, on them shall be no fear [when their soul is being removed at the point of death], nor shall they grieve [for the loved ones they have left behind].”

“Those are the companions of Paradise, abiding eternally therein as reward for what they used to do.” [Al-Ahqāf: 13-14]

Allāh, the Most High, also stated regarding the steadfast believers (al-mustaqeemeen):

Verily, those who say: “Our Lord is Allah alone,” and then they stand steadfast, on them the angels will descend (at the time of their death) (saying): “Fear not, nor grieve! But receive the glad tidings of Paradise which you have been promised!

Istiqāmah is a comprehensive term: It is to stand before Allah in all truthfulness in the fulfilment of one’s covenant – and it is related to what is uttered upon the tongues, what is carried out upon the limbs and what is concealed in the heart of intentions and sincerity – and also one’s outward state. So it is a comprehensive term. For this reason, we have the beautiful hadeeth:

On the authority of Abu `Amr — and he is also called Abu `Amrah Sufyān bin Abdullah ath- Thaqafee (may Allah be pleased with him) who said:
I said, “O Messenger of Allah! Tell me something about Islam which I can ask of no one except you.”

So istiqāmah is to traverse upon the Sirāt al-Mustaqeem, the Straight Path of guidance, without veering to the left or the right so that one does not go beyond the limits nor does he fall short: not being extreme and not being negligent. The Shaitān senses the heart of the servant and puts it to the test. So if he senses from it that it turns away from religion, or is lazy and lackadaisical when it come to the obedience of Allāh, he encourages it further with laziness, ease and distance from the religion until the person disengages from the Religion – so he abandons the obligations and falls into the harām. The Shaitān will not stop until a person severs all his ties with the Religion leaving him utterly devastated and destroyed.

And if the Shaitān sees that the servant is ardent upon the Religion and knows that he is not able to block the worshipper from the Religion, then he encourages him with more and more striving, and more hardship and with becoming strict upon himself and upon others, and going beyond bounds of balance. So he whispers to him: “Your striving is good and you are obedient – so strive more so that you attain perfection.” So he strives more and more: he does not stop fasting, nor does he sleep at night. So he prods him until a person leaves istiqāmah. This is like the condition of the Khawārij, such that the prayer of the people of istiqāmah seems insignificant compared to their prayer, and their fasting seems insignificant compared to their fasting, and their recital of the Qur’an seems insignificant compared to their recital – yet they (the extremists) shoot out of Islam just like an arrow passes through its target.

One of the Salaf said: “Allah has not commanded with an affair except that Shaitān takes it in one of two directions: To neglect or to going beyond bounds and that is exaggeration – and he cares not which of two is triumphant: whether it be negligence or extremism. So every good lies in striving in a balanced manner and proceeding upon the Sunnah. And every evil lies in leaving the Sunnah to the paths of neglect and extremism.”

O servants of Allah, you here some of the people say: “We believe in Allah,” yet they are not steadfast (mustaqeem) upon Allah’s Religion. And they suffice themselves with just this saying. Allah said about such people:

“Of mankind are some who say: ‘We believe in Allah,’ – but if they are made to suffer for the sake of Allah, they consider the trial of mankind as Allah’s punishment…” [Al-`Ankaboot: 10]

This is the one who goes astray and deviates as soon as the smallest trial or suffering occurs. He is misguided by the smallest of doubts or desires. These people say upon their tongues that which they do not do. Their religion is driven by their own passions and desires and whatever agrees with the desires of their souls. They do not enjoin what is good and they do not forbid what is evil – and they do not hold to the meaning of their utterance: آمَنَّا بِاللَّهِ – “We believe in Allah.” This word necessitates that one has istiqāmah by doing acts of obedience, leaving off what is prohibited, being sincere to Allah, and being good to others. However, this word: آمَنَّا بِاللَّهِ – “We believe in Allah” rolls off their tongues as if it has no meaning to it; it has no effect on their habits and it does not change their behaviour.

Salvation from the Fire and the attainment of Paradise will not be achieved except by the combination of these two matters: That one utters these words آمَنَّا بِاللَّهِ – “We believe in only Allah” and that he is steadfast with the true meaning of the word, just as Allah has said:

“Verily, those who say: “Our Lord is only Allah,” and thereafter they stood firm and straight, on them shall be no fear [when their soul is being removed at the point of death], nor shall they grieve [for the loved ones they have left behind].”

“Those are the companions of Paradise, abiding eternally therein as reward for what they used to do.” [Al-Ahqāf: 13-14]

“Say: ‘I believe in Allah’ – then remain steadfast.”

And if it was the case that the mere utterance “I believe in Allah” was sufficient and it alone benefitted a person, then it would have benefitted the hypocrites who would continuously utter it. Yet Allah rejected their claim:

“And of the people are some who say, “We believe in Allah and the Last Day,” but they are not believers.”

“They think to deceive Allah and those who believe, but they deceive not except themselves and perceive it not.” [Al-Baqarah: 8-9]

So they seek to deceive. How? Because they do not stand straight upon the path of truth; they are not steadfast by their mere utterance آمَنَّا بِاللَّهِ – “We believe in Allah”.

The complete istiqāmah such that a person does not fall into deficiencies with respect to the obedience of Allah at all is an affair that is not possible (in reality) – the servant will inevitably fall short and will be prone to mistakes. So from the bounty of Allah upon him is that He has legislated for him istighfār (the seeking of forgiveness), which makes up for deficiencies in one’s steadfastness. Allah, the Most High, said:

“Therefore be steadfast upon the Straight Path to Him, and seek forgiveness of Him.” [Fussilat: 6]

This noble verse indicates that there will be some falling short in the steadfastness that is obligated, so that is made up by seeking forgiveness. The Prophet (ﷺ) himself informed us that people will not be able to attain complete or perfect istiqāmah. Imām Ahmad Ibn Hanbal (21873) and Ibn Mājah (277) reported the hadeeth of Thawbān (radiyallāhu `anhu) that Allah’s Messenger (ﷺ) said:

“Be steadfast, although you will not be able to do so. Act, and the best of your actions is the prayer. And only a believer is constant in his ablution (wudū).”

In the narration of Imam Ahmad, the Prophet (ﷺ) said:

“Do good deeds properly, determined to reach what is correct. And only a believer is constant in his prayers.” [Musnad Ahmad, 21927]

And there occurs in the two Saheehs from Abu Hurairah (radiyallahu `anhu) that the Prophet (ﷺ) said:

So doing things properly (as-sadād) is true completeness of istiqāmah. And that is to hit the mark, and reach the target as it relates to speech, and actions and intentions. And (muqārabah) is a determination to come as close as possible to the target and goal even if one does not actually reach it – but he tries and strives determined to do what is correct.

So what is required from a person is al-istiqāmah (to be steadfast) and that is to do deeds correctly (as-sadād). And if one is not able to attain that fully, then it is upon him to come as close as possible (al-muqārabah) – and if a person does not attain sadād (correctness) or does not attain close as he can to it (al-muqārabah), then he is excessive and has missed the mark and lost. An all praise is due to Allāh who does not burden us with more than we can bear – and He has legislated an affair that rectifies our shortfall and completes out deficiencies:

“And it is He who accepts repentance from his servants and pardons misdeeds, and He knows what you do.” [Ash-Shūrā: 25]

So one is required to be balanced, not excessive or extreme, nor lax, negligent and deficient. So one does not treat the Sunan as if they are obligations (farā’id) or treat the disliked (makrūhāt) as if they were forbidden (muharramāt); nor forbid from the soul that which Allāh has made permissible from beautification, clothing and sustenance.

Anas bin Mālik said: “A group of three men came to the houses of the wives of the Prophet (ﷺ) asking how the Prophet (ﷺ) worshipped. When they were informed about that, they considered their worship insufficient and said,

“Where are we from the Prophet (ﷺ) as his past and future sins have been forgiven.”

“Are you the same people who said so-and-so? By Allah, I am more submissive to Allah and more afraid of Him than you; yet I fast and break my fast, I do sleep and I also marry women. So he who does not follow my tradition in religion, is not from me.” [Bukhārī 5063, Muslim  1401]

Istiqāmah therefore is in following the Sunnah correctly and precisely, without negligence and without extremism – and always striving to achieve the best outcome – and seeking forgiveness and pardon when one falls short.