‘Allāmah Muqbil Ibn Hādī Al-Wādi’ī (rahimahullāh): “Abdur-Rahmān Abdul-Khāliq and Abu Ishāq Al-Huwainī, then both of these are considered to be innovators!” “Warn against Abul-Hasan! I fear for the da’wah from Abul-Hasan!” “Abul-Hasan will surely split Ahlus-Sunnah”

‘Allāmah Abdullāh Al-Ghudayān (rahimahullāh): After hearing the sayings of Abul-Hasan he said: “This man is afflicted possessing little manners. An idiot!” 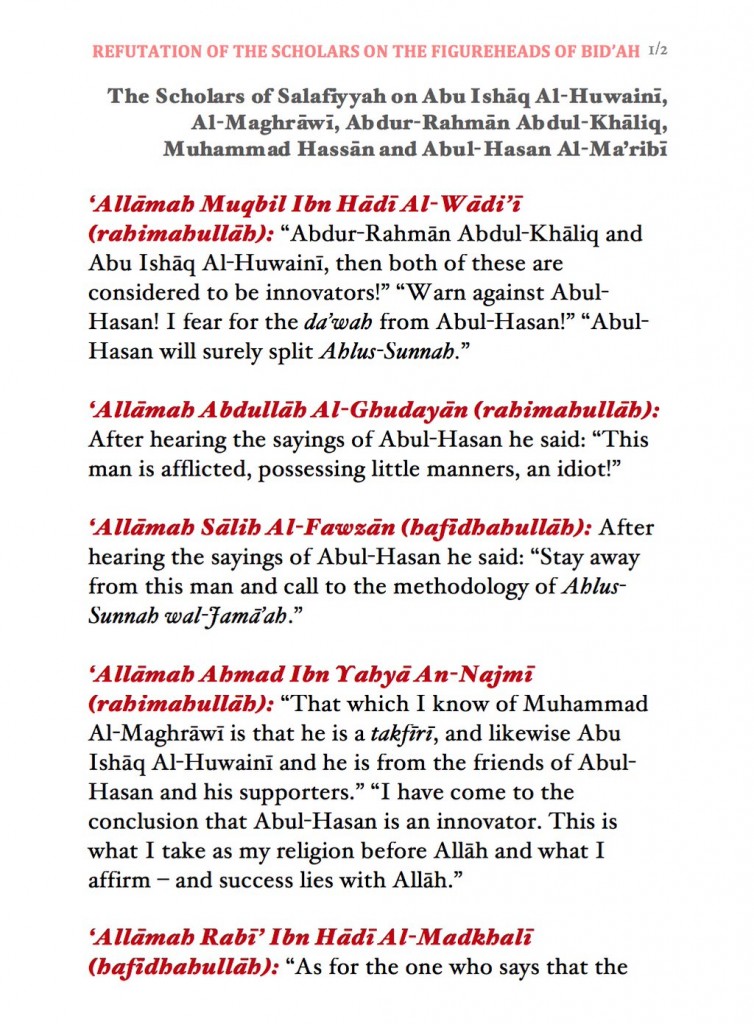 ‘Allāmah Sālih Al-Fawzān (hafidhahullāh): After hearing the sayings of Abul-Hasan he said: “Stay away from this man and call to the methodology of Ahlus-Sunnah wal-Jamā’ah.”

‘Allāmah Ahmad Ibn Yahyā An-Najmī (rahimahullāh): “That which I know of Muhammad Al-Maghrāwī is that he is a takfīrī, and likewise Abu Ishāq Al-Huwainī and he is from the friends of Abul-Hasan and his supporters.” “I have come to the conclusion that Abul-Hasan is an innovator. This is what I take as my religion before Allāh and affirm – and success lies with Allāh.” 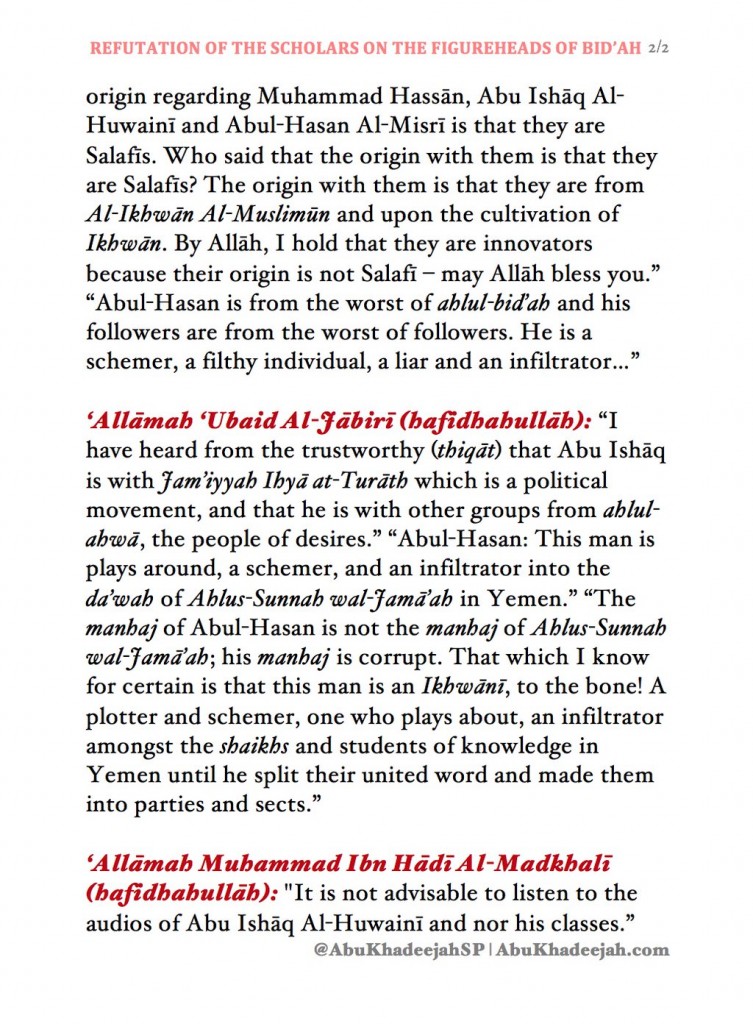 ‘Allāmah ‘Ubaid Al-Jābirī (hafidhahullāh): “I have heard from the trustworthy (thiqāt) that Abu Ishāq is with Jam’iyyah Ihyā at-Turāth which is a political movement, and that he is with other groups from ahlul-ahwā, the people of desires.” “Abul-Hasan: This man is playing around, a schemer, and an infiltrator into the da’wah of Ahlus-Sunnah wal-Jamā’ah in Yemen.” “The manhaj of Abul-Hasan is not the manhaj of Ahlus-Sunnah wal-Jamā’ah; his manhaj is corrupt. That which I know for certain is that this man is an Ikhwānī to the bone! A plotter and schemer, one who plays about, an inflitrator amongst the shaikhs and students of knolwedge in Yemen until he split their united word and made them into parties and sects.”