One of the biggest causes of prosperity and poverty is climate – and it is Allah who creates and controls the climate: the wind, the rain, the heat and the seasons. It is Allah who sends down the rain, and it is He who withholds it from whomever He wills. Rainfall is essential for crops, cattle and humans. If the necessary amount of rain does not fall, then people face problems. And if a drought comes about, crops fail, animals perish and humans die from starvation and thirst. So Muslims are taught to be very grateful to Allāh and continually thank him and glorify him (with worship and acts of obedience) – to constantly seek His blessings and provision. Muslims believe that when one remembers Allāh in times of ease, Allāh does not neglect them, and He aids them in times of hardship – a Muslim should never underestimate the strength of supplication (du’ā) and a Muslim knows that supplication is more effective when a person is pious. Muslim belief: When people worship Allah alone, are pious, grateful, truthful, honest, God-fearing, repentant and adhere to their duties, Allah sends them an abundance of rain, healthy children, cattle and crops – and he gives them riches. When they abandon worship, are disobedience, unjust and dishonest then Allah withholds from them the riches of the earth and they are tried with droughts, starvations, calamities and hardship. Piety leads to blessings, Allah stated:

“I (Prophet Noah) said to them: ‘Seek forgiveness from your Lord, Verily, He is Oft-Forgiving. He will send rain to you in abundance. And give you increase in wealth and children and provide for you gardens and provide for you rivers. What is the matter with you that you do not attribute to Allah due grandeur. While He has created you in stages?'” [Nooh: 10-14] 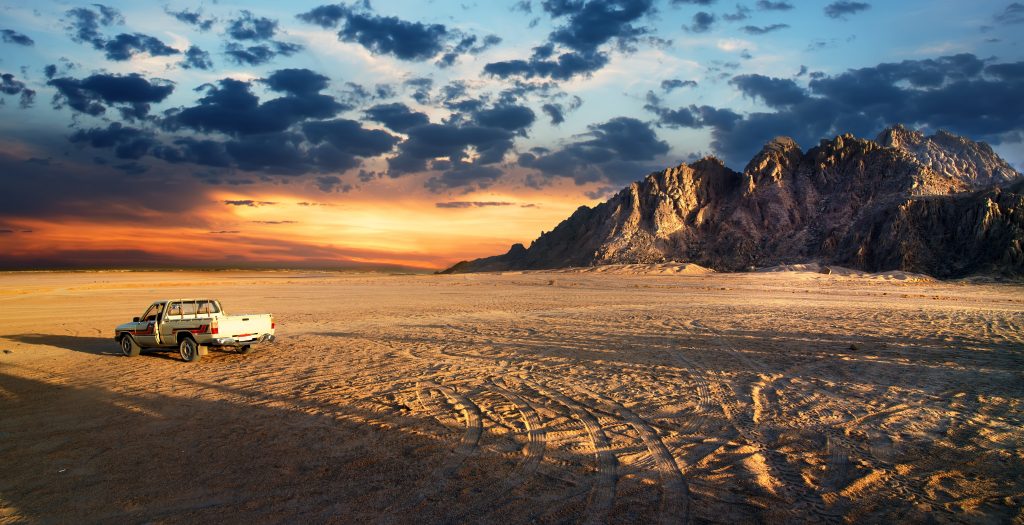 There are underlying reasons why poverty strikes a nation such as disobedience and igratitude to Allah. And there are other factors that make things difficult such as a naturally harsh environment (e.g., desert regions), mismanagement and shortage of skills. Wealthier Muslims around the world are required to help those in need as well as tackling the underlying reasons that lead to poverty.

Islam recognizes that there are places on earth that are created too dry, or too hot, or very cold, icy and inhospitable, where it is not easy, and can be impossible for humans to live and function in large numbers. Likewise, Islam recognizes that there are lands which are fertile and rich that can support large communities of human beings. If people become complacent, ungrateful, sinful and disobedient or they disbelieve in Allah and His Revelation, He can remove the blessings He bestows upon them and strike them with calamities. Allah protects and give bounty to a nation due to the pious ones that live amongst its people: these pious ones invite others to worship Allah, they enjoin the good and forbid the evil.

Some scientists have suggested that global warming is making matters worse – they suggest that dry regions of the world are getting dryer and wet regions are getting wetter, and they conclude that things could get even worse for the poor and suffering millions in Africa and elsewhere. However, Muslims should be very careful in believing in this notions that suggest that humans can reverse climate change and harsh weather conditions, typhoons, floods and landslides by tinkering with carbon emissions and world energy consumption. From an Islamic perspective, Muslims believe it is Allah who controls the climates of the world and He sends and removed disasters releted to weather such as severe windstorms, drought, floods, hurricannes, etc. The Quranic and Hadeeth literature show that the fertility of lands, the sending down of rain, the growth of fruits and crops are all from the bounties of Allah, controlled by Him. Allah has subjugated aspects of the creation to mankind so they can  take benefit from it through irrigation, cultivation, farming, herding of cattle, and so on.

There are some countries in Central and East Africa such as Somalia, Chad and Mali where rainfall is can be scarce at times when it is most needed. These are lands which Allah has created hot, arid and dry. As a result, some areas of the African continent has insufficient rainfall to assist farmers. In those regions, summers are very hot, baking the dry arid land and making it difficult to plant, water and grow crops. More importantly, there is not enough drinking water for people. Because these countries are poor, they do not have the facilities to collect and store water that falls during the rainy season.

So unless rich Muslims give them aid, or these countries become more self-sufficient, the hot and harsh climate will mean that these people will not be able to cope – and their affair is left with Allah, the Almighty. These countries could introduce (if they were able) more efficient irrigation systems to ensure water is not wasted and facilities to store water in the rainy season. In 2006, over 25 million people in sub-Saharan Africa faced a food crisis and the figure is rising each year. Muslims all over the world are encouraged through the Quranic texts to help those less fortunate than themselves.

In reality, non-Muslim Western nations only make things worse by forcing these nations to borrow more and more money from Western banks at interests rates that are crippling on their economies – and by placing tarriffs and embargoes on goods imported from the most fertiles lands of in Africa into Europe and North America. It is not in the interest of the Western powers and their elites, and huge multi-national companies that the African nations (and other poor regions of the world) should become self-sufficient and prosperous because they fear that may affect the balance of power and wealth in the world.

According to biased and indoctrinated scientists, who are educated in Western universities and institutions funded by their goverments and huge multi-national companies, another cause of poverty is population growth in countries that cannot afford to feed the extra mouths. This however is false notion, since the world has enough farmland, resources, water, cattle, fish and wild game to support entire nations and continents. The European colonialist powers spent many centuries (400 to 500 years) conquering Asia, Africa, the Far-East, the Americas and elsewhere, and they stripped the natural resources of those conquered lands – then they took the natual resources, wealth and humans (as slaves), and built their industrial revolution on that plundered wealth on the back of wealth and human resource they pillaged unjustly from others. Today, when those nations wish to build their economies, strengthen their independance, increase their populations, build their defences in order to make their nations strong, they are prevented through international treaties related to health and social engineering, goods embargos, tariffs, climate-control measures, etc. Then they are told that they are poor because their nations have too many mouths to feed!

The reality, however, is that the African continent and other regions across Allah’s world have enough land, fertile pastures, animals, mineral wealth, oil, gas, iron ore, copper, gold and silver, etc., to be able to feed employ and their nations. And it is Allah who gives from His bounty to whom He wills as a test to see how they will conduct themselves with the blessings He bestows –– and it Allah who withholds as He Wills to test them; will they turn to Him in repentance, seek His forgiveness, and worship Him alone? So that He may change their condition to one of plentiful prosperity?  Most Western countries have a decreasing population. However, in poor countries, the populations seem to be increasing, and many of those countries are Muslim nations. Muslims, as rule, are not allowed to use contraception out to fear of not being able to provide for their children.

They learn from the Quran that Allah will enrich them from Himself from ways and means that He provides. Population control measures are not from the Islamically legislated means to remove poverty – this is proven by the fact that there is sufficient food and resources in the world to feed the poor many times over daily! Added to that is the reality that large populations are a tremendous resource for a nation. Countries with large populations are quite often the wealthiest, and have the fastest growing economies. 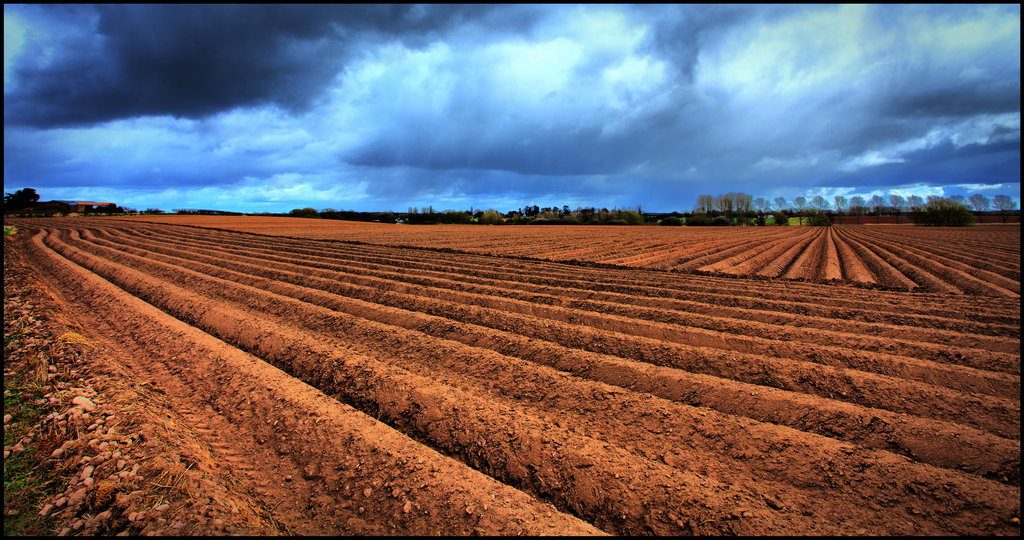 Hardship can strike any nation and the underlying causes must be considered. Muslims believe that everything occurs by the Decree of Allah.

Islam teaches that poor people must be helped with da’wah to Allah and His worship –– and through education, providing practical skills to the workers, giving in charity, improving infrastructure and better health care. In this way the poor are not neglected and the wealth of the rich is purified in the sight of Allāh through the giving of charity.

Muslims (and other communites) have large families because the family unit helps each other, support one another, feed each other and they care for their elders –– this is care from the cradle to the grave, and all praise is for Allah. Death of young children is higher in poorer countries due to poverty, sicknesses and disease. So the Muslims have a duty to help the poor, even if they are non-Muslims. The Prophet (ﷺ) said: “Give charity to people of other Religions.” (Shaikh Al-Albānī said it was an authentic Hadīth, in As-Saheehah). The figures that relate to the rate of death in children is called the infant mortality rate. It is higher in poorer countries.

Aid is to help or assist people in need – a very important aspect of Islam. People usually do this by donating directly to poor people, or through Zakat to Muslim governements or to recognised charities.

Sadaqah: is the Arabic/Islamic term for charity.

Some of the causes of poverty:

The Quran states: “Allah does not change the good blessings that He bestows upon a people until they change what is within themselves.” So people continue to be granted bounties from Allah so long as they are righteous and striving to do good, and seeking His forgiveness.

Next time you visit a supermarket, spend a few minutes carefully looking at where the fruits and vegetables come from. Write a list. Try to look at items that are not in season, e.g. strawberries in winter.